I love Bill Nye, ngl. I’m really warming up to Ocasio-Cortez and the Congressional freshmen, too. I think they’re doing a damn fine job at keeping promises to shake things up and hold people accountable.

That said, when Bill Nye asked Alexandria Ocasio-Cortez how she would reach out to scared (probably meaning white, conservative) voters who are worried about the impact of major changes in their already uncertain lives, I was really disappointed in her reaction.

I totally agree with her that we need to be courageous and not back down but that’s not what he asked her. To really change things, you have to be willing to at least reach out to people who didn’t vote for you. Her answer has me worried that she has the same allegiance to her base above all others that Donald Trump has to his, and that’s no way to govern. 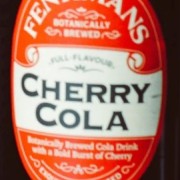